The Norwegian Culture Collection of Algae, NORCCA, maintains and distributes more than 2000 strains of cyanobacteria, microalgae and macroalgae from marine, freshwater and terrestrial habitats. 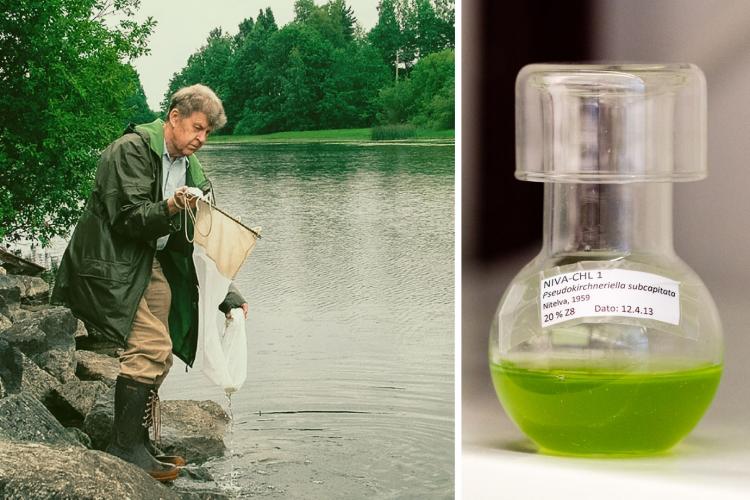 Olav M. Skulberg isolated one of the first green algae strain in the collection in 1959. Today, NIVA-CHL1 is one of the most widely used test algae in the world.

The Norwegian Culture Collection of Algae, NORCCA, is the largest algal culture collection in the Nordic countries and maintains and distributes more than 2000 strains of cyanobacteria, microalgae and macroalgae. It is owned and maintained by the Norwegian Institute for Water Research (NIVA) and the University of Oslo (UIO) in collaboration. It is localised at NIVA, Oslo in Forskningsparken and at UiO, Department of Biosciences at Blindern campus. NORCCA is a part of the European infrastructure EMBRC and the Norwegian national infrastructure EMBRC-Norway. It is also a core facility at UiO.

NORCCA offers algal strains used for research, education, innovation and commercial use for both public and private laboratories, and schools. We can also offer algal medium. We can support the users with advice on culturing and selection of strains, and we can connect you to algal researchers at NIVA and UiO for expert advice or collaboration.

Most of the strains have been isolated by staff and students from either NIVA, UiO or UoC, and most originate from lakes and rivers or coastal or open oceanic waters from Northern Europe. The strains span a wide taxonomic diversity and belong to 10 different phyla, and many are unique for this collection. The collection also contains strains from all over the world obtained from research projects at the three institutions or from exchange with other collections. Researchers from Norway and abroad have also deposited cultures at NORCCA as a resource for further use.

Statistics: About half of the strains are from freshwater or terrestrial habitats and half from marine or brackish waters. About 100 strains are of macroalgae and the remaining are microalgae and cyanobacteria.

History of the collection

Norway have a long tradition in algal research and the use of algal cultures in experiments. Prof. Trygve Braarud at UiO was a pioneer in algal culturing and its use in experiments. Braaruds students later built up algal culture collections in Norway such as senior scientist Olav Skulberg (NIVA), professors Eystein Paasche, Jahn Throndsen, Dag Klaveness (UIO), Berit Heimdahl (UIB)? any more? Prof. Øyvind Moestrup often visited UiO and together with prof. Tryge Christensen built up the culture collection in Copenhagen. Also, macroalgal research using cultures has been strong in Oslo and Copenhagen. 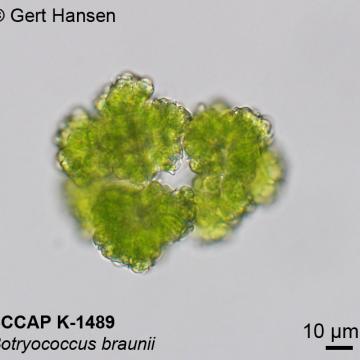